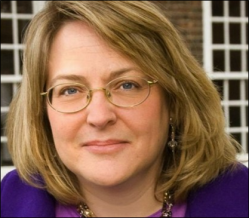 I want to spend the next few weeks reading the just-released book by Diana Butler Bass, Christianity After Religion: The End of Church and The Beginning of A New Spiritual Awakening. It’s a proposal for viewing the decline of traditional religiosity in America, and nobody, to my mind, is more qualified to make such a proposal, for Butler-Bass has spent the last decade in the trenches with the leaders and members of mainline Protestant churches and institutions, carefully studying what’s going on.

The value of a project like this is indisputable, for hardly a presbytery meeting or Layman issue goes by without some well-meaning defender of the faith confidently asserting the decline and death of traditional Christianity in America as the result of a liberalizing, Bible-shooing, God-softening project on the part of mainline denominations. To these prognosticators, the indicator of church success par excellence is growth in worship attendance and membership, both of which, it is asserted, are the result of strong Bible-based pastoral leadership and the cultivation of an active piety among the flock.

That has long been a gross oversimplification of 1) what indicates “success” in a church, 2) what accounts for the success or decline in churches, and 3) what is actually happening nationwide. Christianity After Religion tries to set the record straight–ish. By drawing on lots of different research done by lots of different people and institutions, and by reflecting on her own experience and observation, Butler-Bass is proposing a different way of understanding what can no longer be understood as anything other than a culture-wide decline of all forms of Christian religiosity.

In “The Beginning”–the book’s introduction–Butler-Bass situates her interest in this subject within her own experience, in particular her experience as a teenage “Born Again” Christian in the year I was born, 1976. She describes this time the same way that many religious sociologists have: as a period of immense transformation wherein participation in traditional Christian communities began to erode in favor of new evangelical, suburban, megachurch-driven faith options.

These are the options I was born into. Both my parents were raised in those traditional Protestant structures, one a Baptist and the other a Lutheran, and both of them were powerfully grasped as parents of two young boys by a charismatic church that met in an office building. The staid church routine of their youths gladly gave way to loud singing, spontaneous prayer (often in “tongues”), and inexplicable healings achieved on the sanctuary floor. This, for me as a kid, was normal Christianity.

Obviously, there was nothing normal about it from the standpoint of the Presbyterians and Catholics down the street. Yet, to us, those mainliners were completely normal; that was their problem. They were practicing a religion, while we were growing in a relationship with Jesus. We were part of a swelling mass of American Christians who were taking the reigns of faith without any regard for the institutional concerns of the mainline churches. We were “saved,” “born again,” “believers.” Everyone else–Atheists and Episcopalians alike–were none of those things.

Here’s what Butler-Bass ultimately wonders about that era:

“What if the 1970’s [and my 1980’s] were not simply an evangelical revival like those of old, but the first stirrings of a new spiritual awakening, a vast interreligious movement toward individual, social, and cultural transformation?”

It’s the question that will set the terms for the rest of the book. Having been reared in that revival, lost interest in it as a teenager, rediscovered a more moderate form of it at an evangelical Christian college, embraced an “emergent” Christianity as a young adult, and then educated and ordained by a mainline protestant denomination, it’s a question I think is urgent, both culturally and personally.

View all posts by Rocky Supinger

9 thoughts on “Christianity After Religion: The Beginning”