Mouse Books is my favorite thing of 2017. 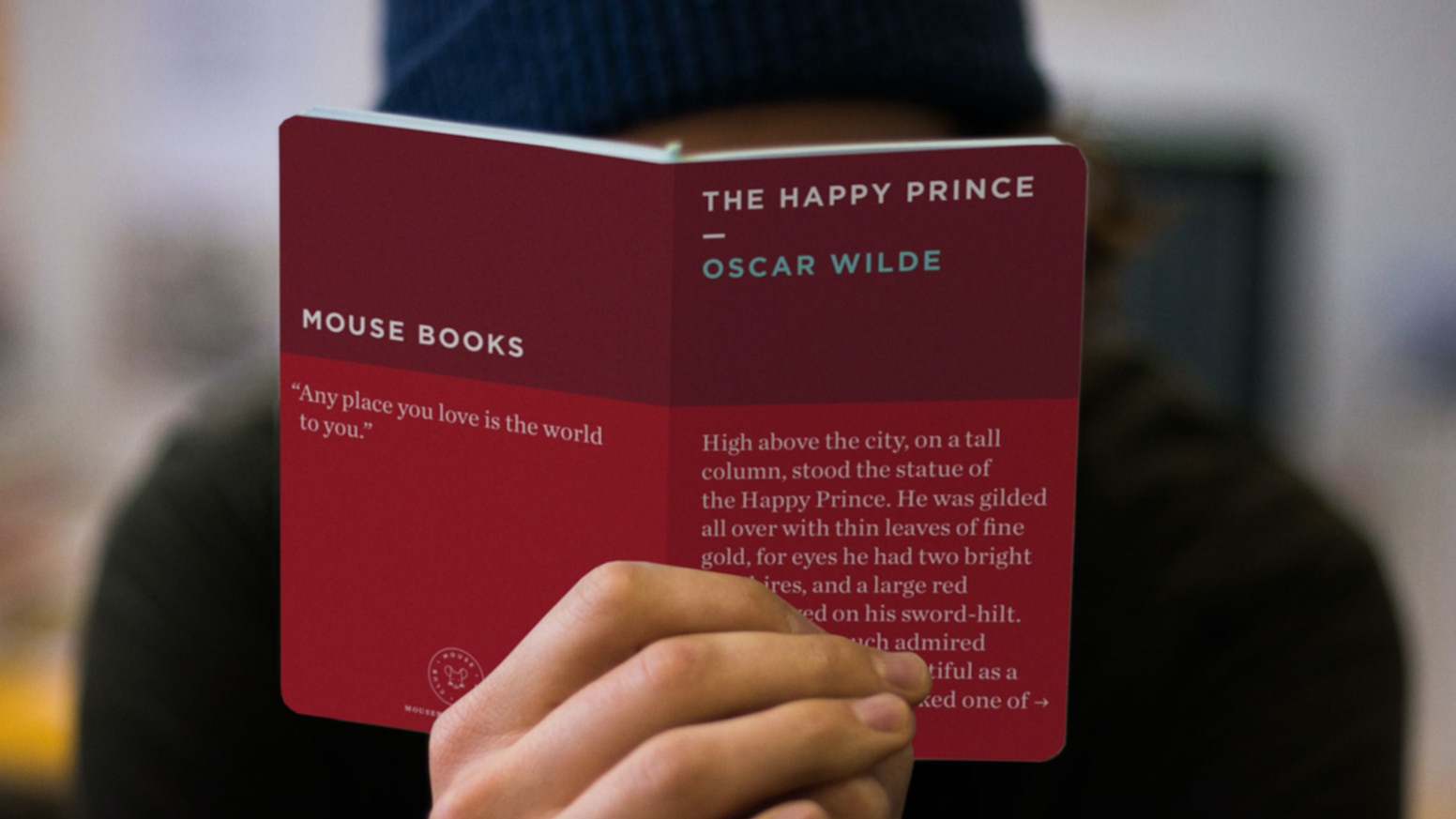 I learned about it from Kickstarter last spring and became a backer immediately. David, one of the project’s founders, lives in Chicago, and he emailed me within a day of me backing the project, offering to send me an early preview. The catch? He wanted my feedback.

Talk about engagement. I was hooked. I burned through the little yellow edition of James Joyce’s The Dead in a few short train rides. After that it was a few months of email updates before the project actually shipped, and when it did I made quick work of it: Melville, Austin, and Dostoyevskey on paper in your pocket is kind of thrilling.

I gave them as gifts. I signed up for the Drip service that launched on Kickstarter in November. I had coffee with David, the founder. I received a special bonus collection of speeches by Pope Francis. I listened to David’s interviews with literature professors on Soundcloud. I backed their special holiday “Giving” collection.

I kind of went all in on this.

The very attractive “Giving” volumes arrived yesterday. “The Happy Prince” and “Miscellaneous Aphorisms” by Oscar Wilde; “The Gift of The Magi” by O. Henry; “Russian Christmas Stories” by Tolstoy, Dostoyevsky, and Chekhov. David asked me over coffee last month for titles to include in this collection, and I had nothing. That’s fine, because this is perfect.

I read “The Happy Prince” to Laura last night as she lay in her makeshift bed in the living room, lit by the Christmas tree (I tried “The Gift of The Magi” first, but “the silent imputation of parsimony” in the first paragraph indicated that the vocabulary is a bit advanced for a fourth grader).

It was a delight. I may just read it again tonight.

What discovery did you make this year that most delighted you?

View all posts by Rocky Supinger

4 thoughts on “Mouse Books: The Coolest Thing I Discovered This Year”